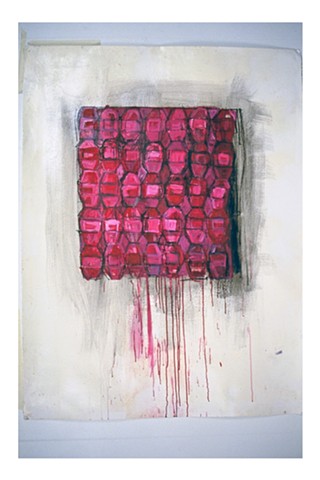 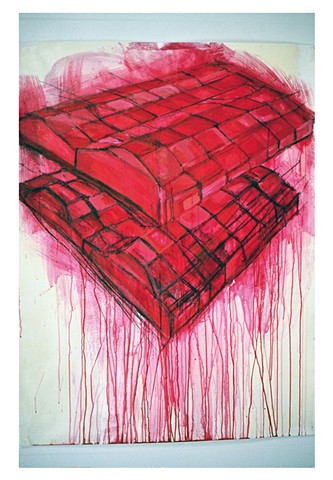 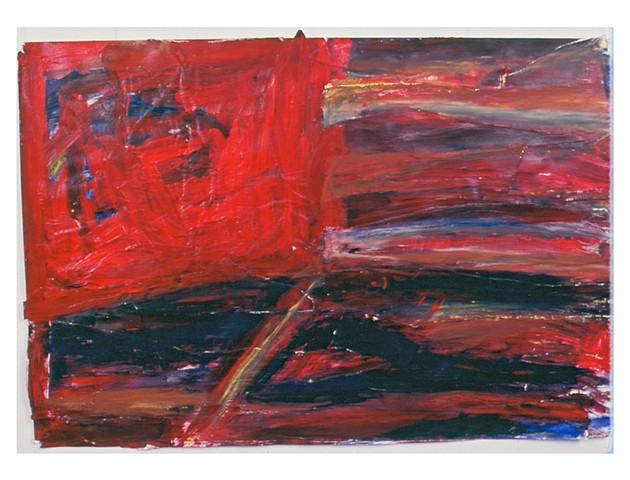 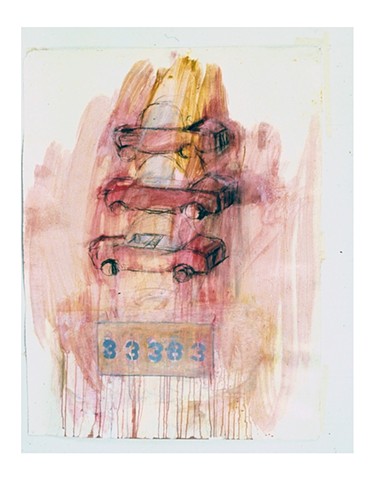 This selection of drawings on paper represent my earliest use of the color magenta and red, which I continue to use in my most recent drawings. "Parking Lot" Series, 1988/89. My use of the image of car started with this drawing series. After graduating Parsons school of Design with a degree in painting and sculpture I started to draw. I dreamt about moving to Detroit at this time but ended up in Berlin. Williamsburg in the early 80's was just developing and it was an exciting time and place to be making art.

In 1993 after receiving several consecutive grants, I moved to Berlin.

I was always photographing (like most artist) alongside my other creative ventures but the photograph slowly became part of the drawings. Eventually I started to create installations in public and private spaces which were then photographed, the photo became the proof of it happening. Photo-documentation became my main art form up until early 2000.

It lead me eventually to my "crime scene series". This body of work crystalized during my first artist residency at Macdowell colony. Being surrounded by a forest for two months and that night sky, had a huge influence on me. The forest always has been a source of inspiration for me, simultaneous dualities between beauty and history.