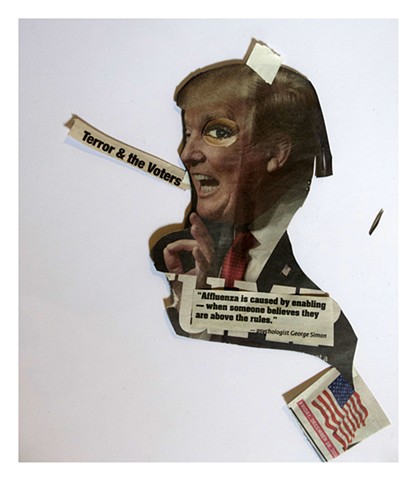 Terror and The Voters
< previous next >

"affluenza is caused by enabling when someone believes they are above the rules."

It was initially employed to describe Ethan Couch, known as the "affluenza teen."

When I initially read this quote at the time, I felt it could equally apply to Donald Trump.

The events that happened shortly after the last election leading up to the insurrection on January 6, 2021, in the United States Capital, reconfirmed this quote for me.

Background: Ethan Couch denounced his actions on his family's wealth. Ethan Couch was later found guilty and put in jail for killing four people in a drunken driving death. He has since been released, after two years from a Texas prison.